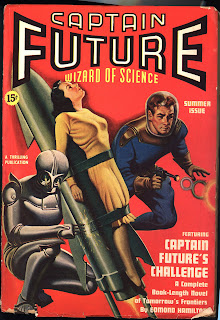 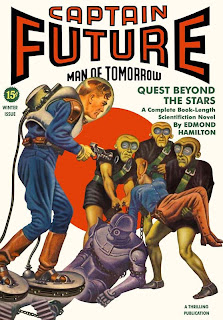 Reared by his guardians — a living Brain, Grag the robot and Otho the android — after his parents are murdered, Curtis Newton assumed the name Captain Future to battle the evil foes who would threaten the security of the Solar System, circa 2015.

2015! Just three short years after the coming 'End of the Mayan calendar' 2012! Wow, the future has never seemed so close!

And as a special July Friday bonus Frank Frazetta's interpretation of Captain Future and his posse. 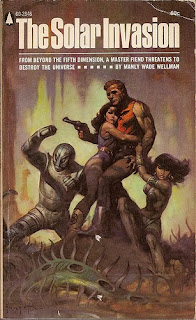 Posted by bliss_infinte at 1:00 PM