Yes, still working on these... 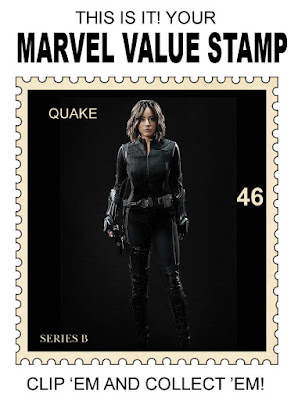 More Value Stamps here and more to come...
Posted by bliss_infinte at 12:28 PM No comments:

*Yes, this was an actual quote from our last session, and yes, our Swords and Wizardry campaign has returned!


Having spent the winter and spring in Berkenstok resting after many wild adventures, the bones of our intrepid adventurers are again getting restless. Especially after another group of explorers had come through town a week prior looking for the Ruins of Xlarthan's Tower, the same dungeon ruins that were so recently explored. However, these explorers have not returned from their explorations.

But that is the least of the towns worries. Last winter the town drunk, Rudy Brownbottom was found in the street dead. Many thought Rudy had drunk himself to death. Within a week there were two more deaths due to a mysterious sickness. The anxiety in Berkenstok became palatable as the worried townsfolk talked of a plague. But without any further incidents, the town fell back into it's lazy ways.

However, towards the end of spring, another Berkenstok native fell to this sickness. As summer progressed, more townsfolk came down with this mysterious sickness and soon died. Hardly a week went by where news of a new death shakes this close knit community it it's bones. And without the expert grave digging of Gygash Graves who fell bravely exploring the dungeons beneath Xlarthatn's ruined tower the bodies have piled up.

The townsfolk were grim and Mayor Tubbutter was desperate....

So it was good that our world weary warriors were sobering up with a morning beer at the Hacky Shack Inn where a town meeting was being held to determine what to do about this plague.  When Sally Pumpkins, everyone's favorite promiscuous bar wench failed to show up for her morning duties, a young child was sent to Sally's room to rouse her but when this child's scream was heard and the entire patronage ran to see what was the matter, they found poor Sally dead of the plague, though she was quite well only the night before!

Something definitely needed to be done quickly!

It was soon determined that the source of the sickness might be coming from a source of water.  With the town well being dry and folks getting their water from the river, a brief examination of the River Blackmoore proved to provide a clue as to the source of this sickness; a barely visible oily slick was coming from upriver to affect the town.  And, after some research with various found maps including one found deep within Xlarthan's tower, it was determined that the source was coming from somewhere between Berkenstok and Blackmoore.

So with a general destination and supplied horses, our adventurers crossed the river and traveled along the hilly north shore of the river.  However, by mid-day, they came across a group of Ogres with barrels along the river shore. As the Ogres charged the party, a lightening bolt from Centari killed half of them and sent the rest running off into the hills.  The party's thought that the Ogres were pouring some kind of poison into the water proved false as it seemed that the Ogres were only filling up barrels with water for their own supply.

Frustrated, Wang Du talks with some of the flora and fauna and they tell him that they too have noticed that the local river water is not quite right but after a particular bend upriver, the water is again clear.

After traveling the rest of the day, the part found a place to camp for the night.  However, their sleep was disturbed by another group of warrior Ogres out for revenge.  After a call to arms and a brief battle, the party was victorious and with an Ogre prisoner.  Questioning him the party found that the ogre village was also plagued by disease and the ogre offered his help but the party refused.  With it's arms tied, the ogre was set free.  The rest of the night passed without incident.

The next day, the party found the portion of the river that the animals of the hills described but they couldn't see a source of the tainted water due to a rocky outcropping along the river.  Wang Du volunteered to swim along the shore from upriver to see if he could find an opening which he did find.  However the water was pretty deep at the entrance which smelled horrible.  Wang also discovered a smelly slick leaking out from the cave.

Reporting this to the rest of the party, it was decided to send the dwarf and elf into along with Wang into the cave and swim as far as they were able and then report back.

Wang Du, Centari and Torvin the dwarf, after having removed their armor, swam along the shore of the river upstream from the outcropping.  With Minimus and Thenus atop the outcropping preparing to descend down the rock-face if needed.

Entering the cave opening, the three explorers "penetrated deeper into the stinky crack" until, a short ways in, they were able to touch bottom and walk to a shore. Feeling fleshy worm-like creatures swiming against their bare flesh, they crawled up onto the sloping rock.  They found that they were in a pool of filthy water in a depression of a very very large cave.

Having to report this back to Minimus and Thenus, they re-entered the water to swim back out but were attacked by rot-grub worms. After pulling these disgusting creatures from burrowing into their flesh, they quickly swam back to the river and dry land.

After much debate about how all of them can get themselves and their gear safely into the cave, it was decided to cut down some trees and make a raft.  They spent the rest of the day building the raft and by the next morning they were floating into the mouth of the stinky cave...

This was our first session back after about an eight month hiatus.  I wasn't quite prepared to run more sessions but I did have this campaign in mind. I had to prep a bit that afternoon and one of my favorite things to do when jump-starting a new campaign / session after a long break is to prep a bunch of rumors on strips of paper to randomly hand out to each player.  They can share with each other if they want to or not, but it gives them clues (and miscues) to what's happening around their local and perhaps general rumors of the larger area.  It's always a great way to get the players engaged and talking right away.  Also, it's a great way to sometimes get them pointed in the right direction without railroading.  The players took all the clues from the rumors, background and interaction with the NPCs and clues from sessions past and pieced most things together and were able to follow the breadcrumbs to the adventure.  A TON of funny (raunchy) table-talk, as always, and I think we all are looking forward to the next session.

Since it's been so silent over here at the Warlock's Home Brew I bet you thought that the ol' Warlock had a magical mishap!  What, with conjuring demons from the outer planes of the dimensional abstracts, it wouldn't really be a surprise that some missed rune or mispronounced incantation had sent the Warlock himself into some nether-plane.  Alas, only minor corruptions have taken hold and I am still around weaving spells and dark magics.  What that all means is that after a verrrrry long break from our campaign to play lots of board games with the group and even participating as a player in White Star campaign customized for the Star Wars universe.  Finally, after all this time we have returned to continue our ongoing Swords and Wizardry campaign started back in 2009.  Expect a session update shortly so sober up with our session history because we're delving deep this time round.  What's in store for our fool-hearty adventures?  Only I know their fate, unless, they derail this thing as they oft do.
Posted by bliss_infinte at 4:58 PM 2 comments: