Standing at the edge of the clearing before the vanquished wizard's tower, the party spied a lone armored figure approaching the entrance. Calling out to him, Wang, Thenus and Centari discovered that it was Su the priest of Istar (last seen in session 74).  Su had been through Berkinstok and was pointed in this direction to aid the party with the Red Wizard.  However, the Red Wizard had been killed but a Balrog had taken over the tower and the party had set out to destroy it and retake the tower.

The party marched into the tower and after some attempts to gain some of the armor in the armory the proceeded up the stairs and into the former wizard's chamber where they found the demon had taken over and decorated it in his hellish glory.

The party wasted no time in charging in and battling the demon.  Suddenly, from a side door, three Wights burst in, two of which appeared as their missing companions Skwanky and Minimus.  Su forced these three undead back and up to the top level of the tower while the party defeated the demon.

Heading up stairs to hunt down the Wights, the party discovered that it was Gimp the Imp that activated the hellish portal allowing to demon to pass through as a gift for his new master Centari.  That was the final straw for the party and they killed the Imp.  Their next task was shutting down the hellish portal.  They tracked down the Wights and put their souls to rest.  This happened in a chamber of mirrors that also appeard to be portals of some kind.  After much debate and trial and error it was discovered that by breaking the mirrors the portal to Hell would close which is what they did, but only after they tossed Skwanky's dismembered body into it.

With the demon defeated and the main tower cleared of the Red Wizard's influence, there was much celebration in the forest with the elves of Grimmwood.  Minimus' body was burried in the makeshift cemetary that had been started for their fallen comrades near the tower. 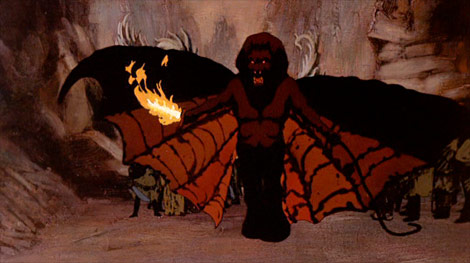 Posted by bliss_infinte at 5:00 PM No comments: