Those of you who watched the Superbowl this weekend caught a 17 second glimpse of the new Avengers preview clip. As much of a tease as those 17 seconds were, the bigger blast was the following full teaser Besides getting a bigger taste of what might be happening in this summer's blockbuster we get the pièce de résistanc; the first glimpse of Earth's Mightiest Heroes assembled! 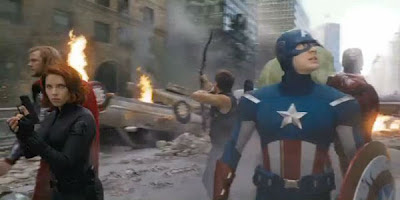 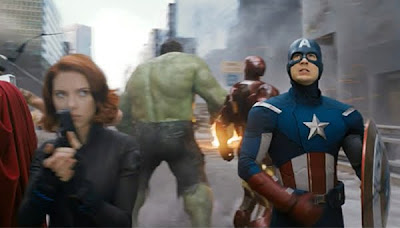 Thor, Black Widow, Hawkeye, Captain America, Hulk and Iron Man, together for the first time! Of course, Widow looks a bit out-classed with only her pea-shooter but considering that she can take down enemies with her thighs we'll just have to see how it plays out.

As a young kid and Avengers fan in the early 70's I never even dreamed that one would ever see these heroes together on the big screen in a big budget blockbuster. Of course, it'd be even more complete seeing GiANT-man/Goliath and the Wasp.

So for your summer anticipation....