Now, one might initially feel that by going with an 'open forum' style of design you might get the best of the best ideas, the creme de la creme. Well, I'm more of the belief of "too many cooks..."

Lets take a walk down the evolution of Dungeons & Dragons with the 1st level Wizard: 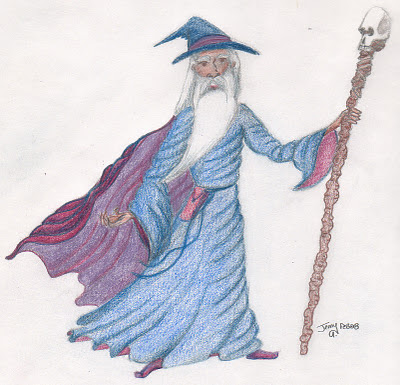 1st ed D&D
Mostly Gygax (one man vision)
Wizards still started out quite weak but, if surviving initial adventures, became quite powerful. Big If. What?
I can only cast one spell!?! 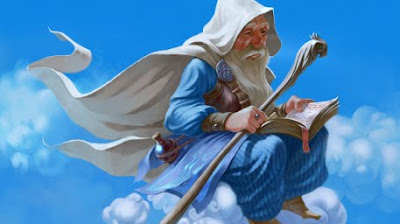 2nd ed D&D
Zeb Cook
1st level wizards were still pretty wimpy, no doubt influenced by the earlier editions, but had much room to grow. Looks cool but still only 4 hp. 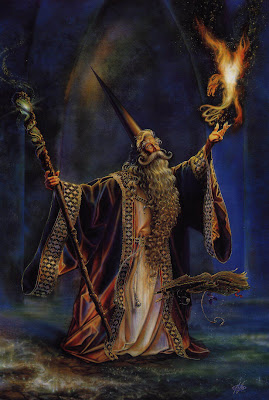 3rd and 3.5 ed.
WOTC (Okay, I don't know who really put this one together but it's not just a single vision).
The 1st level wizard begins to break away from the wizard tradition into something more super-heroic and super-profitable for WOTC. 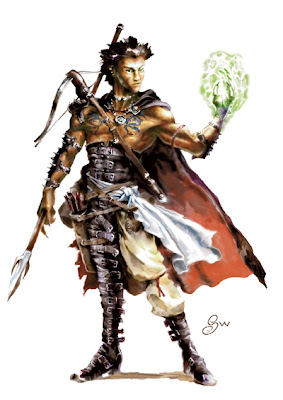 4th ed D&D
Designed by focus groups and in committee meetings and directed by suits who know nothing about gamers, games or gaming but only how to produce the maximum profit.
Enter the indestructible Super-wizard.
"I can fuck you up with Magic Missile every round, sucka!" 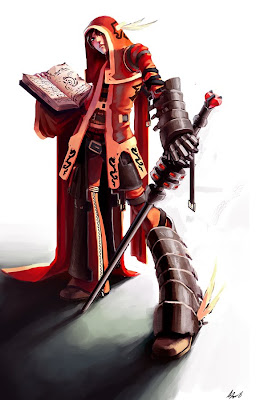 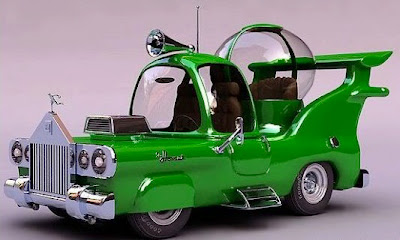 Or in other words... 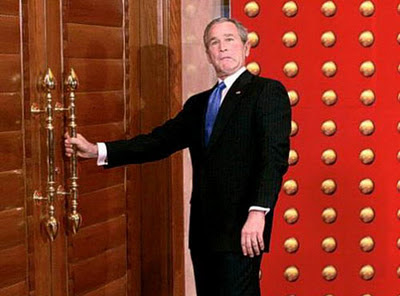 Being a graphic designer, there are many times when I have to please a committee and I can tell you from experience that you end up with a product and I would be ashamed to put in my portfolio. Sure, everyone is somewhat happy and was able to put in their two cents worth of their inflated ego onto paper or on the computer screen but they ended up with crap.

So, now WOTC is going to pass the buck and let the game be designed by a bunch of fickle gamers. WOTC can say don't bitch at us, we gave the community exactly what they wanted. Nice to show some real cajones.

So how much coin do you want to bet that 5th ed D&D will be a collectible card based board game?

But I don't really care one way or the other as I haven't bought any of their products.

Oh well, on to games that are actually fun created by people who love them.
Posted by bliss_infinte at 8:26 AM