I'm still interested in getting an ICONS game going. Playing around with the system, I rolled this villain up. 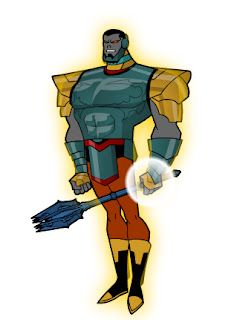 Qualities
Inhuman
Catchphrase: I shall bring your world to it's knees, for I am The Green Manalishi!


Challenges
Weakness: Powers held within staff. Can roll a willpower test to have staff return if out of his hand.
Hunted: by the Konn
Burnout: Staff may burn out and need to be 'recharged' with the negative black energy from another dimension.