Are Playing FRPG's An Expensive Hobby? 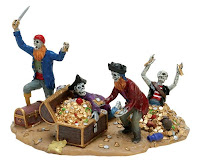 When I first got into fantasy gaming back in, oh '79 or so, the business model (if there was one) for the D&D game was quite simple. Here are the rules, get some graph paper, dice and some friends and imagination and have at it. You really didn't have to buy anything more than a $10 set of rules. Sure there were modules and Minis but when your allowance was a dollar a week, that didn't get you much (okay $5 for mowing a lawn - still!) but you really didn't need any of that stuff. It didn't stop us at all from playing any of the RPGs that came out back then, Top Secret, Gamma World, Traveller. We all just made everything up. That was the simplicity and fun of the game.

It was one hell of a hobby but it really wasn't a good business model which is probably why many small game companies back then vanished and TSR slowly evolved and got eaten up.

So an RPG, (d)evolving from a hobby into a business has to constantly feed the 'consumer' with product they think they need or are forced to need. Case in point: one certain Wizard's 4th edition of everyone's favorite game. Book upon book (expensive hard cover no less) of crap that is wound ever so tightly into their official version of the game, The Box(!), Essentials, online subscriptions and now a bunch of 'optional' power cards. Sure, maybe you don't need it all but then you're really left out if you start playing in other groups or in stores, etc. So the entry into this game is a considerable investment of ever scarcer dough. And then there's this online service to gain access to updates to their rules. More money. Official campaigns - more money. Minis and battlements - more money. If you don't play it the right way, you suck - more money.

So, can an RPG game actually be a viable business? Sure if you think of yourself as a 10 HD Vampire sucking 2 levels of cash out of your loyal customer base. 'Cause once the rules for the game are out there the publisher is kinda out of the loop. The bottom line doesn't look so good at that point.

The game as a hobby, however, is something to talk about.

As a hobby the game can be whatever you want it to be. And that's just what it is; a hobby. Get yourself some rules, many of which you can download for free, some graph paper, some friends and imagination and have at it.

And the hobbyists of the OSR and pre-OSR have produced a ton of material, most of which is free or modestly priced from print on demand versions. There's also a great community of bloggers and forums here on the interwebs that can supply you with endless resources which didn't exist 30+ years ago. But don't let that stop you from picking up some of the many items put out by the DIY publishers, 'cause they're awesome!

For me the game will always be a hobby. A fun and inexpensive hobby.


Okay, since I ranted a bit, here's my obligatory contribution to my fellow bloggers & loyal readers.