Session LXXXV: The Road To Larm

*NOTE that this post contains SPOILERS for the Village of Larm adventure module, the Labyrinth Lord module from Soapbox games so precede at your own peril!


With the defeated Red Wizard's tower officially claimed as their own (sessions 80-84), the party headed off to Larm to begin to gather fellow brave souls to do battle with the ancient Red Dragon Agathareon.

Leaving Grimmwood they headed west and after a couple of days travel they came across the remains of a recent battle between the priests of Mithra and those of the Dark Church. Among the fallen was a Fire Giant. Searching the dead, Thenus discovered tracks of three survivors heading west. It was decided to camp away from the battlefield and to pursue the survivors the next day.

By mid-day, the party came upon the three figures who turned out to be followers of the Black Church.  Sir Gwain of Mithra approached and the three attacked but our heroes were able to subdue them and only ended up killing one. But the two prisoners proved to be too stubborn for questioning so, bound,  they were lead towards Larm in the hopes that there would be a Temple of Mithra where the blasphemous followers my be imprisoned.

However, the next morning  the bound, though not gagged prisoners, used their used unholy magic to attempt to escape the group but were soon recaptured.  Again, they tried to question them and even killed one of them but the remaining fanatic did not give in.

So they continued to Larm and arrived by mid-day.  Sir Gwain did find a temple of Mithra and turned over the Dark Church follower while the rest of the party headed over to the Borderland Tavern and settled into Larm.

As the party learned more about the town, the town learned that some of the members of these adventurers were none other than the heroes that saved Fishersville the previous winter.  Along with news from Berkinstoke, the party has had made quite the name for itself - which the townfolk ended up feeling safe with once they were told about Agathareon!

The party found out that the town had a Temple of Istar (goddess of luck and Su's worshiped diety) that went to ruin over 20 years ago when some terrible event was brought about in it's hidden chambers and that the hermit across the river knew something about it.

So the party crossed the river and found the cave of the hermit who turned out to be a priest of temple of Istar and had been hiding in shame for 20 years.  It turned out that the Brother Erkmar and the other priests discovered an ancient book of evil and tried to burn it in a ritual but that is what the magic of the evil book wanted to happen and upon the book being ritualistically tossed onto a pyre, something terrible happened and only Brother Erkmar escaped with his life.

At the temple the party found that the doors were barred as they were lo' those many years ago.  Removing the barrier and opening the doors, a plum of billowing black smoke burst forth from the doorway, which didn't seem to affect the party in any negative way.

Once the smoke cleared they entered the ruined temple and besides finding some religious relics and a Holy Book of Wisdom, discovered it mostly deserted.  Further exploration, however, found two figures dressed as priests of Istar who were now undead ghouls!  Su made quick work of these creatures and the party descended into the basement of the temple.  Here, as they explored the chambers, they discovered more and more former priests that had been turned into soulless undead!

With the help of Su all of these creatures were slain and their souls put to rest, but two Wights had escaped heading further into the temple.... 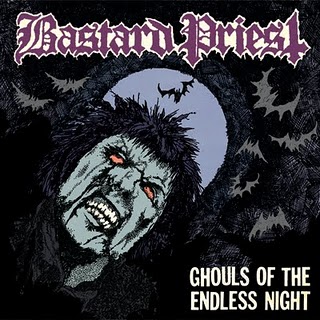